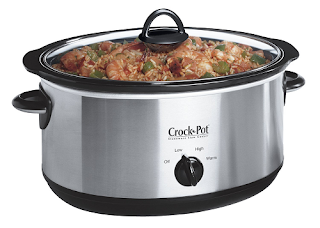 My crockpot quit working this weekend... and I cried. It was frustrating because I use it a lot, and I had just bought a roast. I had filled the crockpot with meat, potatoes, carrots, mushrooms, and onion... and was looking forward to a meal I had not prepared in several months. It was frustrating because I had spent my expendable income the day before on things that could have waited another month. But, none of the above is why I cried. 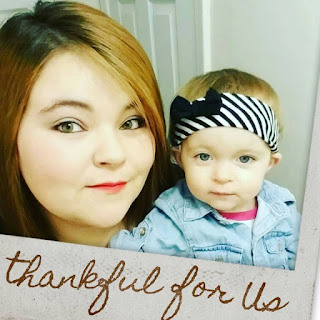 I cried because Caitlyn gave it to me. I had a large family-sized one; it was so big I cooked an 8 lb turkey in it one Thanksgiving when my oven quit. I had told Caitlyn that it was getting more difficult for me to pick up, even when empty.

She didn't buy a new one but simply gave me the one in her kitchen. When I realized it wasn't working, my mind immediately was flooded with the memories of us talking and laughing about what I could make for her... since she never cooked anything in it. I could picture her smiling face as clearly as if she had just handed it to me.

Suddenly, I was reminded that those moments will never happen again. Throwing it away brought another flood of tears. It felt like I was giving away another part of her. It's been almost 18 months since she died, but unexpected things and memories still have the power to remind me of the person I loved so dearly and lost.

Ironically, I have been wanting to buy another crockpot, even smaller than hers, but I never thought it would be such an emotional experience. Despite everything, there does come a time to move on. The crockpot is certainly replaceable! Caitlyn is not but I am reminded that I will see her again, healed and whole, and never again to be parted. She is safe with the Lord for now.
Posted by Cindy Navarro at 10:39 PM