Be Light by Samuel Rodriguez 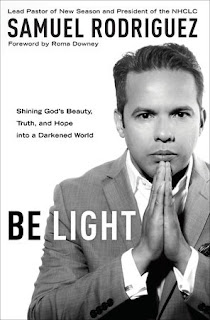 In Be Light Samuel Rodriguez provides a blueprint for confronting darkness in every realm of our lives. He issues a clarion call for individual believers and the church to rise up and once again be that bright city on a hill, which doesn’t simply expose the invading darkness, but overcomes it with God’s blazing light. (back cover)

Light is exactly what followers of Christ are called to be. Light is so important that it is the very first thing God created! And God said, “Let there be light,” and there was light.  And God saw that the light was good. And God separated the light from the darkness. - Genesis 1:3-4.

In his latest book Pastor Samuel Rodriguez brings a message to shine God's beauty, truth, and hope into a darkened world. Divided into 30 different short chapters, exploring different properties of light and using Scripture to equip the reader with the needed encouragement and tools to grow in their spiritual journey. The "Reflections" at the end of each chapter hone in facets of being light that are meant to help you better reflect the light and love of Jesus in your every day life. Although not set up as a typical small group study, Be Light can be adapted into a plan that can be incorporated for use by several or used for a month long personal devotion and spiritual growth study. Not meant to be a quick read, Be Light is a book that emboldens and illuminates your understanding of how to shine as you follow Jesus.

"Those who are wise will shine like the brightness of the heavens, and those who lead many to righteousness, like the stars for ever and ever." - Daniel 12:3

I received a copy of this book from Waterbrook Multnomah as part of their Blogging For Books program at no cost to myself. I was only asked for my fair and honest opinion. 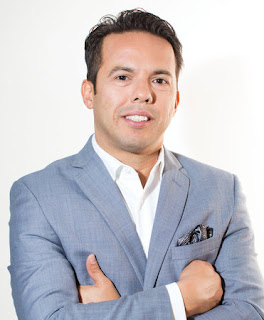 Samuel Rodriguez is president of NHCLC/Conela, an international organization of more than 500,000 evangelical churches. He is a sought after voice in White House and congressional meetings and is regularly featured on CNN, Fox News, NBC Telemundo, and other major news outlets. The author of The Lamb’s Agenda,Rodriguez is senior pastor of New Seasons Christian Worship Center in Sacramento, California, where he resides with his wife Eva and their three children.
Posted by Cindy Navarro at 10:12 PM No comments: 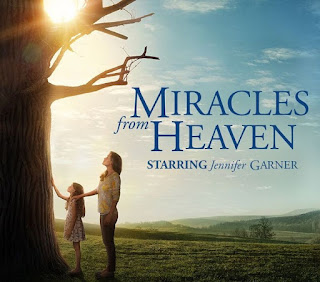 ‘Miracles From Heaven’ tells the story of a child who recovers from a life-threatening illness in a manner that defies medical explanation. Based on the true story of the Beam family in Texas, this recounts the highlights of what this family went through to get Anabel Beam the needed help when she became ill. Christy Beam (Jennifer Garner) is determined to do whatever necessary to get the answers for her young daughter when Anna (Kylie Rogers) is finally diagnosed with a rare, incurable disease. Pseudo-obstruction motility disorder is the inability to digest foods and Anna was forced to receive nutrition through feeding tubes.

When the only hope for a solution is across the country, Christy and Anna make frequent trips to Boston Children’s Hospital for treatment from Dr. Nurko (Eugenio Derbez), a pediatric gastroenterologist. Kevin (Martin Henderson) remains in Texas to care for the other daughters and to keep his new veterinary practice running. With the stress of Anna’s deteriorating health, financial problems, and being apart from family, Christy does struggle to hold on to her faith at times, but a freak accident changes everything!

This is one of the better faith-based films I have seen. The story is mesmerizing, and it also feels real. There is no doubt that some changes were made to make the action flow better, but not in a way that seems overly forced as many movies tend to do. The love and support of family, church, and community is evident, but so are the stresses and flaws from those same people. The faith of the Beam family is genuine, but they did not gloss over doubts, fears, pain, and even anger. I left the theater feeling inspired and assured that God has us each in the palm of His hand...even when things don't happen according to our own plan. I give this a 4.5 star rating.

Posted by Cindy Navarro at 7:43 PM No comments:

The Mustard Seed by Peter Szondy 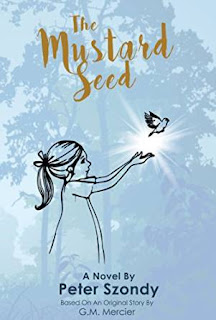 Sara is a typical ten-year-old girl living in a small rural town, who is loved by all for her kindness and caring attitude, but what happens at a nearby lake soon has everyone talking. When Sara prays for a dead sparrow that revives and flies away, she claims that she saw Jesus on the lake and that is who healed the bird. Her parents brush it off as imagination until Sara prays for a friend who is also inexplicably healed from paralysis. After the media broadcasts these events, Sara becomes an overnight sensation as more people come to her for healing...and her life takes a bewildering twist that puzzles everyone. The town is torn as some claim they also see Jesus with Sara, and others see nothing. Lives are changed as events continue to unfold.


My Review: A well told story about the power of faith and how one little girl displayed pure faith and trust in action. Luke 17:6 says, "If you have faith the size of a mustard seed," the Lord said, "you can say to this mulberry tree, 'Be uprooted and planted in the sea,' and it will obey you." Sara takes those words literally and never doubts that Jesus will answer her prayers. The unfolding drama surrounding the healings, others who were also able to see Jesus, and the mysterious illness involving Sara cause each character in the book to examine his or her own personal faith. Lives are forever changed by decisions made.

The preface of the book, written by original story teller G.M. Mercier, says actual events that sparked the idea that eventually became the "The Mustard Seed." This novelization moves along at a good pace and keeps the reader engaged. It wasn't a 5 star book for me, but it was very good.

I received a digital copy of this book at no cost to myself for review purposes from BuzzPlant. They are also offering a digital download to one of my readers. Comment before April 1st to be eligible for the drawing.

Visit themustardseedbook.com to get more information.

"I assure you: Whoever does not welcome the kingdom of God like a little child will never enter it." - Mark 10:15
Posted by Cindy Navarro at 6:39 PM No comments: 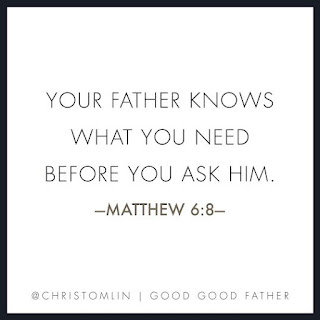 Barrett, who co-wrote the song with Anthony Brown, and Tomlin recently explained what this song means to them and what they hope to see happen as the song takes on a life beyond the musicians but an expression of hope to millions who are seeking a relationship with their Heavenly Father. Watch video at Story Behind the Song.

See the video of "Good, Good Father" below.


Win a Flyaway to see Chris Tomlin at Worship Night in America!
Yes, you read that correctly!! One Grand Prize winner will win a Flyaway for 2 to see Chris Tomlin (at closest "Worship Night in America" stop), 2 Meet and Greet passes, and hotel accommodations.
No purchase is necessary. Just Enter...and you can follow simple rules to earn extra points. 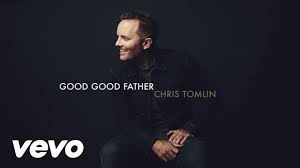 Want to download "Good, Good Father" right now? You can purchase through iTunes at Good Good Father single on iTunes. 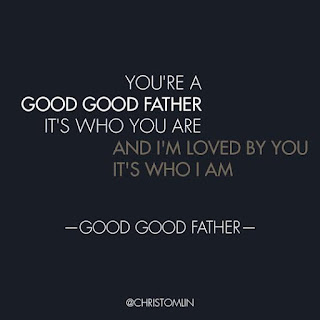 "We all have a picture of who we think God is. When we get down to the foundation of what we believe, the truth is that God is exactly who He says He is---a good, good Father." - Pat Barrett

Posted by Cindy Navarro at 5:22 PM No comments: 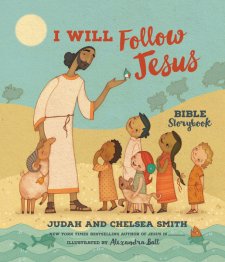 I Will Follow Jesus is a Bible Storybook, written by Judah and Chelsea Smith. Written for younger children, this book is not only sturdy and durable itself, but contains a sturdy and durable message to introduce little ones about the relationship they can have with Jesus.

Without a doubt, this is my favorite Bible storybook of any I have read. Covering both the Old and the New Testament, the stories told are simplified for children without losing the important message. The introductions give examples kids can relate to like "Have you ever had a friend try to get you to do something bad?" (Daniel) or asking if you have ever told people things you thought were right, but you found out you were wrong (Paul). Then, a story from the Bible is summed up, accurately, but in a form children can understand. After the Scripture, is an "I Will Follow Jesus" that emphasizes the lesson learned, followed by a short prayer.

Children between the ages of 4 - 8 are the intended audience for comprehension level, and the older kids should be able to read it for themselves. This is a 7.2 x 1 x 8.2" hard cover book with thick pages and a satin ribbon to help you keep you place. The book is also beautifully illustrated by Alexandra Ball. I wouldn't recommend it for toddlers, but only because they would be literally chewing on the book rather than on the words that instill a foundation for Christian faith and what it means to follow Jesus. 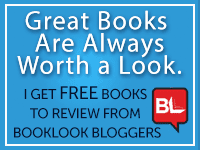 I received a copy of this book at no cost to myself for review purposes from BookLook Bloggers. All opinions are my own and I was not required to write a positive review.
Posted by Cindy Navarro at 1:10 PM No comments: